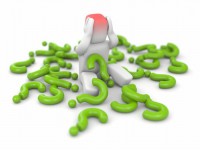 Everyone is trying to do more with less. With projects, whether they are big design/build jobs, business process re-engineering, changing the staff’s organizational structure, or just changing the recruiting procedure — we are all out looking for that’edge’ that will give us the results we want – in time, cost, and sustainability.

This is a huge challenge since most implementations today have schedule and cost/budget estimates that are extremely aggressive.  Many of the teams are given their delivery date and their budget and told to ‘make it work’. The answer to the ‘edge’ has been to use new processes and new tools to give a faster analysis and status view so that faster adjustments can be implemented.  While these steps provide benefit, there is another ‘edge’ – nearly untapped that is available.  It is the Human Element -affectionately known as ‘effectively working with the pesky human’.

The most common place where these delays and losses are seen is in the unresolved conflicts that occur during an implementation.  Regardless of whether the project is large or small, it will cause some sort of change and require people to do things differently than they did before. The changes will cause conflict – and unless the team is skilled at surfacing the conflict and then resolving it – the mischief begins.  How many times have you participated in a project team meeting where many topics were argued about, but no resolution of the conflict was reached?

Consider the project where Sam and Audrey had a conflict over resources – both needed the same resource and whomever didn’t get the resource became the bottleneck in the entire project – placing them directly in the crosshairs of the responsible VP. Sam and Audrey argued about who should get the resource but left the team meeting without the issue being resolved.  Later, Sam called Audrey for a piece of information so that he could complete an activity in the project plan.  Audrey, however, seeing that it was Sam’s number on her caller ID, decided not to answer the call.  She was still upset with him about the conflict and then became absorbed in doing other work.  Consequently, when she looked at her watch and at the calendar – it was Thursday afternoon about 4pm – she decided she would call Sam back on Friday.  On Friday, several other emergencies came up and Audrey finally called Sam back on Monday.  For each day that Sam didn’t get a response, the activity he was working on was delayed in finishing – and each downstream activity that had Sam’s activity as a predecessor was also delayed – putting the end project delivery date in question.

These types of delays are the unintended consequences of not having the skills to resolve the conflicts that always come up during a change.  Throughout the life of a project, these unresolved conflicts can take on a life of their own – with assumptions and motives being created about the people involved.  All of this wastes time and energy that should be focused on project implementation and sustainability.  The skills for resolving the conflict are just like other skills – they are learned.  Some people have natural talent in this area, but everyone can improve their performance by learning skills.

Conflict resolution requires depth listening to the other person Ð listening at a level where you can hear and understand the facts and the feelings in what they say.  When the ability to let go and just listen is developed, the talker feels heard.  How many times have arguments and conflicts continued with both sides saying, ‘they just aren’t listening’ or ‘they just don’t understand my point’.  Once each side is really listening and feels heard, then requests and negotiation can begin towards a resolution. It takes patience and may sound like it takes a long time, but it really is a matter of where you want to spend your time and energy.  Do you want to resolve the conflict up front and set the stage for dealing with subsequent conflicts as soon as they occur? Or, do you want to deal with the conflict, and its unintended consequences, time after time after time – knowing that without resolution – the unresolved conflicts pile on top of one another throughout the implementation?

In working with a tech company we evaluated their project schedule to determine the top key drivers to delivery.  One of the team members, Mike, was absolutely convinced that the top driver was the legal review.  He said that the review always took 5 days minimum, that there was no cooperation from the legal resources, and that he basically had to ‘beat them up’ verbally to get results.  Clearly, this was an unresolved conflict between Mike, his project team, and the legal department.  We completed the key driver analysis, determining that while the legal review was a pain in the butt, it really wasn’t a key driver.  It just looked that way because it was scheduled at the end of the project when everything was coming together.  Mike, upon hearing the results of the analysis, got up from his chair and left the room.  He came back in about 30 minutes saying that he had gone to apologize to the lawyer with whom he had the conflict.  The lawyer listened to Mike’s apology and said that he accepted it.  Mike then smiled a little sheepishly and said to our team, ‘By the way, you can change the duration of the legal review activity from 5 days to 1 day. The lawyer told me that he always took longer to do my project reviews because I was such a jerk’.

What goes around comes around, especially with humans. Whether we are implementing a technical project or just changing the recruiting procedure, we can no longer afford to have consequences that adversely impact project delivery, costs, and sustainability due to a lack of skills in dealing with the humans.  The smart investment is to get the skills.  The skills yield benefits on the immediate project and all of future projects where the skilled personnel participate – they will become preferred team members.  Take the time and make the investment in this Human Element of project skills. With skills, the ‘those pesky humans’ transform into ‘our team who delivered the project with excellence’.