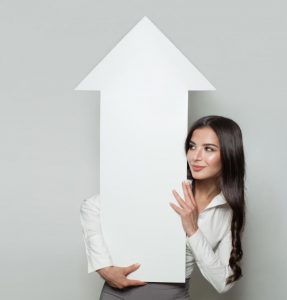 Bob Nelson, a motivational businessman said, “An employee’s motivation is a direct result of the sum of interactions with his or her manager.”  So often this type of a quote is used from the perspective of the manager – putting the responsibility of the interaction with them.  This time when I read it, I thought of it from the reporting person’s perspective.  I remembered my relationships and interactions with past managers.  Many were excellent, and a couple were terrible, but I learned, from all of them, about what kind of a manager I wanted to be.  I also found myself asking if I had taken the appropriate amount of responsibility for my side of the boss/subordinate relationship.  Had I managed up the chain as actively and effectively as I had managed down the chain?

In the ‘old days’, managing up wasn’t as vital as it is today.  Bosses were promoted into a higher-level position because they had performed the lower level work very well.  Many times, your boss had actually ‘done your job’ before you.  The two of you nearly had a shared experience in the same role.  While this still exists in some organizations, in many others, your boss may never have done any work like yours in their entire career.  This can lead to a whole host of mischief if not managed, including unreasonable expectations, misunderstood expectations, devolution of trust, and cover-up behaviors – on both sides.  This is also one of the biggest challenges for newly promoted managers.  In the midst of learning how to manage and develop the people that report to them, they also must learn how to manage the people that they report to.

These thoughts led me to remember one of my managers who drove me crazy in my early days with him.  I felt like I was always playing catch-up.  We would discuss his expectations and I would go away and create the plan to meet those expectations.  But, when I reviewed the plan with him, he always said, ‘Hmmm – close but not quite there yet.’  As you can imagine, it didn’t take too many rounds of this before I wanted to scream at him, ‘Fine – do it yourself then!’  It would have been easy to just give up on him and assume that he didn’t trust my capability, or that he was trying to micro-manage my work, or that he already had the answer in his head.  And I did have moments where I wondered about all of those things.  But that is the path of mischief and where assumptions get made about motivation.  It isn’t a helpful path if your intention is to have a positive, constructive relationship with your boss.

It took me awhile to realize that he was an ‘I’ll know it when I see it’ individual.  He wasn’t good at being able to describe what the end deliverable looked like.  But, he was very good at giving me feedback once I presented something to him.  So, I scheduled a meeting with him and explained that I was very frustrated in not being able to meet his expectations AND that I couldn’t read his mind.  I asked for permission to facilitate him through an exercise to better identify the outputs that he wanted – almost like me drawing a sketch of a person that he was describing.  He agreed, and I left his office with a clear picture of what he wanted and why.  I delivered those expectations and learned, from that point on, not to assume I knew what was wanted by my boss.  Instead, I would ‘manage up’ and ask.  I would pro-actively facilitate each boss to get their particular sketch.  And, I would provide context and content with my expectations so that I didn’t create a similar situation for the people who reported to me.

Managing up is essential to take full responsibility for your own career.  Misunderstandings are minimized, and you’ll be more effective in your role.  You’ll also be better able to develop your boss as an advocate – giving them the information and results they need to promote you and your value to the organization.  Dee Ward Hock, founder and former CEO of the Visa credit card association said, “If you look to lead, invest at least 40% of your time managing yourself – your ethics, character, principles, purpose, motivation, and conduct.  Invest at least 30% managing those with authority over you, and 15% managing your peers.”  Manage up and invest the time – you will reap the benefits.