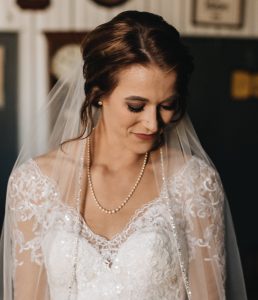 On a recent trip to California I witnessed two women have a fight over saving an airplane seat.  They said things to each other that I have rarely heard in public.  They called each other names and nearly came to blows.  While many people boarding the plane witnessed the incident, no one said anything to the two women – not bystanders, not airplane crew, no one.  I believe that our society is coarsening, and we are getting more tolerant of behavior that would not have been tolerated several years ago.  Because of this, there is an even greater need for behavior expectations in our families and in our workplaces.  There needs to be clear expectations for not just what is done but how it is done.  The end does not always justify the means.  With behavior expectations we can identify and reinforce the way things should be done.  Then, we can reward good behavior and punish poor behavior – with everyone measured to the same expectation and no one getting a pass.

We all get defensive when confronted about our behavior.  But if the expectation is clear and observable, we can self-monitor, accept feedback, and change – correcting our behavior.  The mischief begins, when the behavior expectations are not clear and/or not enforced and people are given a pass.  Maybe the organization has never had any clear behavior expectations – thinking that good behavior was implied.  Maybe one of the staff is difficult to work with and gets upset when confronted about their behavior.  Maybe the manager avoids confrontations or does not have sufficient skills for a confrontation.  Any of these, individually or together, mean that the poor behavior can get a pass.  The cost of this is high to an organization.  Good behaving employees look at the unconfronted poor behavior and think, ‘Why am I behaving well?’

In the broader society we do the same thing with poor behavior from anyone who is elderly, sick, or a bride.  We make up excuses for them saying things like, ‘they didn’t mean it, they are having a hard time’; or, ‘it must be the medication’; or, ‘it is their special day so let’s not upset them’.  While we certainly should be compassionate with the elderly and the sick – that shouldn’t also mean that poor behavior is tolerated.  Just because they are upset does not mean that they get to take their upset out on everyone else.  I find that the misbehavior has little to do with their hard time or their medication or their day – and very much to do with their anger.  The cost can be very high to the relationship as the person, and their poor behavior, are avoided.

I went through this personally when my daughter got married last fall.  She and I had attended the wedding of a friend of hers.  When we arrived early at the wedding, we saw that there were many things still to do in preparation for the ceremony.  The corsages and boutonnieres needed to be pinned on all of the family and wedding party – but no one was doing any of it.  And, as one of the aunts asked, ‘Who can pin on corsages?’, I watched every person in the room look at the floor – avoiding eye contact and denying that they had ever done the task.  The bride then entered the room and the picture became clear.  She was raging and anyone who said anything was yelled at – she had become a Bridezilla.  And, every person in that room was tolerating her poor behavior.  The cost of this was high to the family and to the guests.  I ended up pinning the corsage on the bride’s mother, not the bride.  She and her mother missed what could have been a special moment.  Additionally, even two years later, when the wedding was discussed, what people talked about remembering was the bride being a Bridezilla.

As a result of this experience, when my daughter and I were planning her wedding, we talked about what had caused Bridezilla in her friend.  The 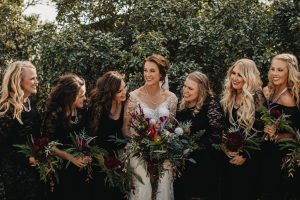 goal, we agreed, was that the wedding was enjoyed and remembered warmly as a wonderful family and friends shared experience.  Given that weddings are big projects, and something always goes unexpectedly in a big project, we talked about situations that could cause behavior to go down the rabbit hole.  My daughter said that she didn’t think that she would ever behave the way her friend did.  And, while I hoped not, we then talked about how I would, together with family and with her bridesmaids, support her so that good behavior was maintained, regardless of what happened.  3 hours before the ceremony, the electricity went out in the entire wedding venue.  A service technician had to drive from an hour away to restore service.  After the lights went out, I watched my daughter calmly pick up her makeup, and move over to the window – continuing to get ready for her wedding – with not a whiff of Bridezilla.  It is one of my proudest moments of my daughter.