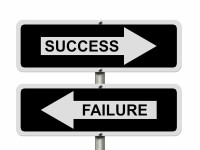 In a recent Wall Street Journal, I read an article entitled “Everything Is Awesome! Why You Can’t Tell Employees That They Are Doing a Bad Job”. The article covered the growing trend of ‘Accentuate the Positive’ – only telling employees positive things during their performance reviews. It cited that employers fear that they will crush employees’ confidence and erode performance, and said that they are asking managers to ease up on harsh feedback.

I wondered about several things when I read the article. Are today’s employees so fragile that they can’t handle anything other than positive feedback? Are today’s managers so unskilled at providing feedback that any feedback is perceived as harsh? Lastly – what consequences come about if this strategy is followed?

For the first question, I have seen a disturbing trend. Rather than teach children how to cope with adversity and still build their confidence, I have seen many examples of parents sheltering their children. Don’t get me wrong, we parents are supposed to protect our children from harm. But when does the definition of harm include protection from ANYTHING that might be negative or impact their self-esteem or confidence? When does protection include hovering so that the parents are nicknamed ‘Blackhawks’? My twin sons played soccer when they were young and their team lost nearly every game. At the end of the season, each player got a trophy – and they believed they had won the soccer league. My husband and I talked with our sons, explained what the real situation was, and supported them as they expressed all of their feelings about losing. Giving them a paper certificate that acknowledged their participation would have been sufficient -and it wouldn’t have sent them mixed messages or had them avoid the reality of losing.

It is essential that we teach our children the life skill of dealing with failure and losing, or we risk teaching them to be disproportionately afraid of them. Just as we have to guard against teaching children to be afraid of spiders, just because we are – we can’t make them disabled when it comes to dealing with their own emotions. A family friend deals with her 4-year old daughter in a very constructive manner. She encourages her daughter to think about what she is feeling, identify the different emotions, and express them. She is especially diligent when it comes to anger and fear as these are traditionally discouraged for girls to express.

No one wins all of the time – so the feelings of losing -disappointment, sadness, anger – will eventually come up. If you learn how to work through these feelings then they can be part of what fuels you to go back and try again. Without having the skill to work through them, risks are avoided and you look to the outside world to take care of you and to validate you. A client recently shared an example of how this plays out in the workplace. A young woman went into her manager’s office after the announcement that a co-worker (and her best friend) was transferring to another location. The young woman told her manager, ‘Now that my best friend is leaving, you’ll have to find me another one.’ Amazing on several fronts but especially that the young woman expected her manager to take care of her friend needs at work.

For the second question, I see a ton of people who have been given management responsibility with no skills for doing the management. As my colleague, John, says – they are being ‘sent to war – naked, with a pen knife’. It takes skills to effectively manage other people – skills that can be learned. Giving someone management responsibilities without training is irresponsible. The consequences are frequently managers who are trying their hardest to do well, but just can’t get the performance out of the team that is needed. This can lead to abuse – either the manager beating themselves up, or beating up the team. It doesn’t take a huge investment to teach people basic management skills. They must be able to set clear expectations, confront poor performance, and acknowledge good performance. They also must be able to listen Ð as listening creates the relationship where team members can be taught what they didn’t learn as a child. It just takes commitment – to both the team members and the manager. Just like the commitment to ensure that your team has the correct set of technical skills to do their work – it takes a comparable commitment to ensuring that the manager has the skills they need.

I don’t believe that today’s employees are that fragile. And, I also believe that skills may be lacking – on both sides. A lack of skills in being able to deal with disappointment or failure or negative feedback, and a lack of skills on how to provide clear expectations and fair and balanced feedback so that there is honesty, no surprises, and growth and development. Make the commitment and make the investment – this gap is worth closing.